Know about the Effects of the House…

Gacha: Where Did It Come From and…

The Importance of Online Slot Bonus to…

slotxo makes you rich, not afraid of…

The Best Gaming Casino That Offers Many… 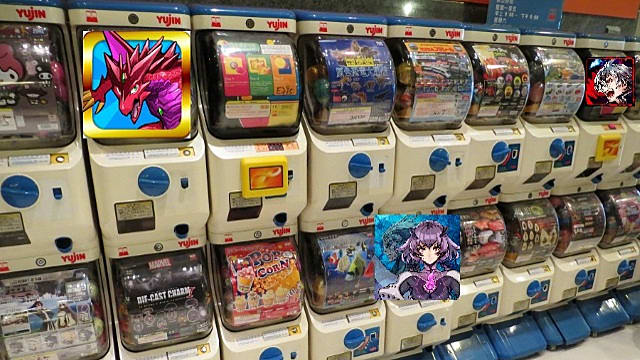 Are gacha games just a trick to cash in on the growing interest in video games involving skins, heroes, sprays, or items? Or, is it something more? Perhaps it is the developer’s way of keeping players interested in their game – after all, who wants to play a game where the objective is simply to collect as many items as possible without having any use for them?

Some people are even claiming that games with gacha mechanics are online casino games in disguise. But whatever the case may be, it certainly has its benefits and risks, especially if you like playing games with unique mechanics.

What is a gacha game?

This is the question most asked by those who aren’t familiar with this popular machine craze. The term is usually associated with mobile games that are built to be played for free. In order for the game to stay alive, they need a stable system that lets them make a profit even if the players (or some players) don’t spend anything.

Most mobile games are notorious for having an excessive amount of ads playing all of sudden after a certain point in the game like every after you finish a round or a stage, and sometimes, out of nowhere while in the middle of the action! Casino games like free slots are flooded with such paid ads.

Bigger companies and game developers avoid ads entirely and opt for another method called gacha mechanics. This mechanic is mostly known by many as microtransactions. The thing to note about microtransactions is that they are completely optional.

Gacha games were inspired by vending machines called Gashapons which dispense small capsules with a toy inside. In the western market, this particular game mechanic is mostly known as loot boxes. Gacha games have been injected into many mobile games to increase the user activity and thrill for players to obtain rare items randomly through opening loot boxes.

While the majority of these mobile games, especially online multiplayer games, involve a quest system of some sort for players to grind, gacha games have become a way for game developers to force players to spend real-life money on gachas that can increase their edge over other players.

Often referred to as the pay-to-win mechanic, the sound of the name itself is something that can be seen as unfair. Some gacha mechanics allow the players to spend money on machine upgrades immediately following every completion of a challenge, like games on a typical gambling website where you get to elevate the stakes when you feel like it.

Essentially, the player is encouraged to spend money on equipment immediately following each challenge, in order to complete the game as quickly and as efficiently as possible, which, again is giving an unfair advantage over those players who grind the normal way.

This makes the gacha game a much more time-consuming and difficult game than its regular counterpart, though it still offers great fun.

The problem with gacha games

Most people complain that the free nature of these gacha games leads to people losing more money than they initially expected. Some claim that you can spend an hour or so playing these games and still lose more. With no limit to how much you spend or how often you play, it can quickly become a habit.

If you think about it, gacha games with gacha mechanics are a lot more like gambling. You’ll find yourself in the equivalent of an extended casino session without even noticing it. In some countries, there have been some petitions regarding having a complete ban of games with gacha and loot box mechanics.

The Importance of Online Slot Bonus to Casino Players

Know about the Effects of the House Edge

Will Poker Bot Help You To Win A Game?